These 26 year old jets* achieved 86 percent mission up times on this deployment.

USAF could have done the right thing and continued to buy F-16s up to this very day, and had a lot of capability on hand.

As for F-35 ability, today, almost 14 years after LM won the JSF contract, the aircraft is a disaster. It is likely to get shot out of the sky, it is unreliable and overly expensive to own and operate. The lack of F-35 visibility outside the cockpit is a danger. DAS is low resolution. Find the low-IQ dirt-insurgent in this video. EOTS has a very restricted field of view, even more so than a SNIPER or LITENING pod attached to an F-16. No working gun to date. All in all the F-35 is unsuitable for any mission needed today and into the future.

Another consideration? USMC air, who's main mission is to support troops...and troops in contact, declare F-35 initial operating capability this month. There is no proof you could trust the F-35B to do close air support. None.

Some think DOD leadership knows what it is doing in regard to the tactical aircraft roadmap. But, the evidence doesn't exist.

UPDATE- This story gets better. It appears Block 30/32s (Air National Guard and Reserve) were slated to get the Scorpion helmet mounted integrated targeting system. Where the JTAC says, "Look over here", you look, and your targeting pod also looks in the same place. This was a quick, effective way to give these older aircraft (and A-10C models) this capability. Don't know if the Alabama unit had it for this tour, but, well, you see where this is going. We can modify old F-16s and they have way more utility than the new F-35. (H/T- Someone on the Internet) 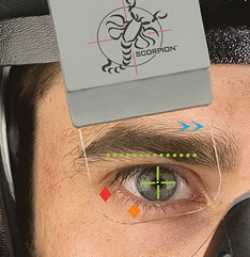 *Block 30J jets in the video. Before Block 30D earlier sub-variants had the same intake for both the GE and PW motor. 30Js would be GE motor with the proper "big-mouth" intake to match.